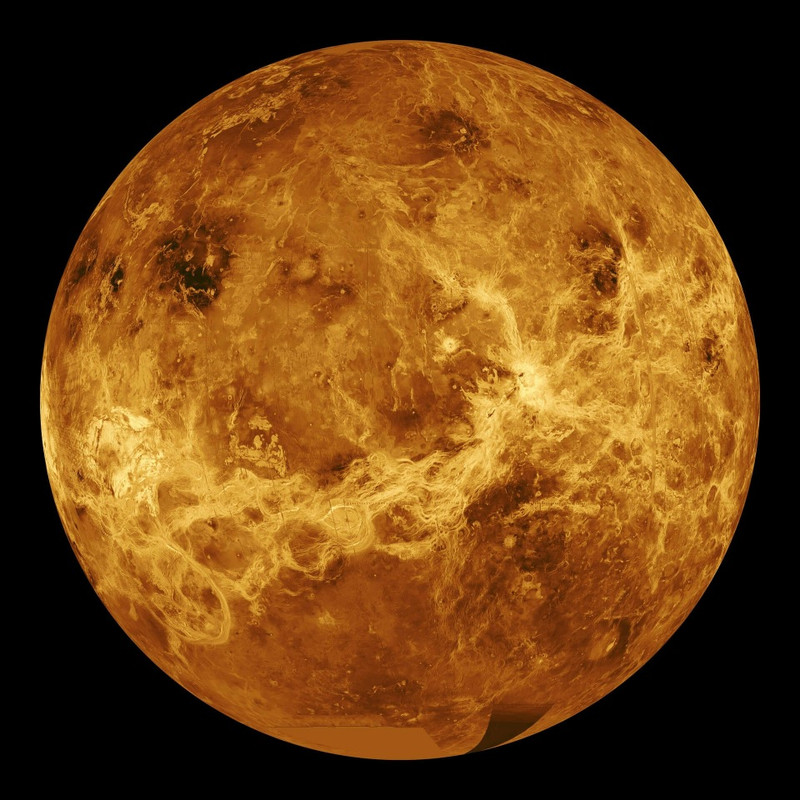 Venus is the second-to-last planet from the Sun and the closest planet to Earth. However, very little was known about Venus before spaceflight: the entire surface of the planet is covered by dense clouds that made it impossible to study it. These clouds are composed of sulfuric acid, which strongly reflects light. Therefore, it is impossible to see the surface of Venus in visible light. Venus’ atmosphere is 100 times denser than Earth’s and comprises carbon dioxide. Venus is no more illuminated by the sun than the Earth is illuminated by the moon on a cloudless night. However, the sun heats the atmosphere of the planet so hot that it is always boiling - the temperature rises to 500 degrees. The reason for this strong heating is the greenhouse effect created by the atmosphere of carbon dioxide. 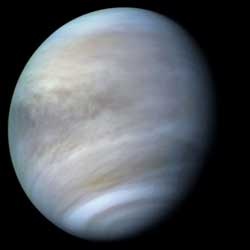 Venus in its natural color

The atmosphere on Venus was discovered by the great Russian scientist M. V. Lomonosov on June 6, 1761, when through a telescope one could observe the passage of Venus over the solar disk. This cosmic phenomenon had been calculated in advance and was eagerly expected by astronomers around the world. But only Lomonosov noticed that when Venus came in contact with the disk of the Sun, “a glow as thin as a hair” arose around the planet. Lomonosov gave the correct scientific explanation for this phenomenon: he considered it the result of the refraction of the sun’s rays in the atmosphere of Venus. “The planet Venus,” he wrote, “is surrounded by a noble airy atmosphere, such (if only not more) as is doused near our globe of the earth.

The pressure reaches 92 terrestrial atmospheres. This means that every square centimeter is pressed by a column of gas weighing 92 kilograms. Venus’ cross section is only 600 kilometers smaller than Earth’s, and its gravity is almost the same as our planet’s. A kilogram weight on Venus would weigh 850 grams. Thus, Venus is very similar to Earth in size, gravity, and composition, which is why it is called an “earth-like” planet, or “Earth’s sister.”

Venus rotates on its axis in the opposite direction to the other planets in our solar system, east to west. Only one other planet in our system, Uranus, behaves this way.

One revolution around its axis takes 243 Earth days. But the Venusian year is only 224.7 Earth days. It turns out that a day on Venus lasts longer than a year! On Venus, there is a change of day and night, but the change of seasons does not happen.

Nowadays, the surface of Venus is studied both with the help of spacecraft, and with the help of radio emissions. Thus, it is found that most of the surface of Venus is occupied by hilly plains. The ground and the sky above it are orange. The surface of the planet is riddled with many craters caused by the impact of giant meteorites. The diameter of these craters reaches 270 kilometers! It is also found that on Venus there are tens of thousands of volcanoes. Recent studies have shown that some of them - active. 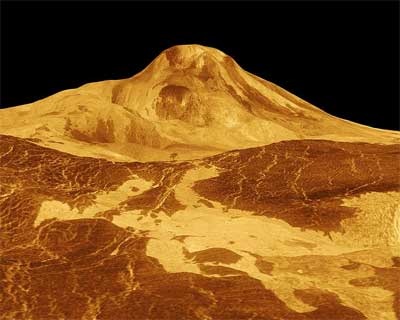 A picture of the surface of Venus based on radar data:

Venus has no natural satellites.

Venus is the third brightest object in our sky. Venus is called the Morning Star and also the Evening Star because from Earth it looks brightest just before sunrise and sunset (in ancient times morning and evening Venus are different stars). 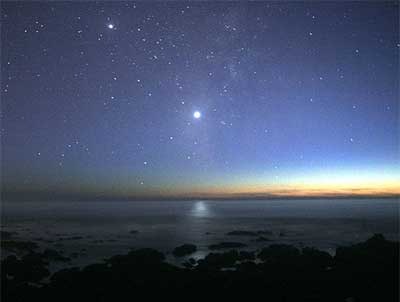 Venus in the morning and evening sky

shines brighter than the brightest stars

Venus is the only planet in the solar system that is named after a female deity-the other planets are named after male gods. 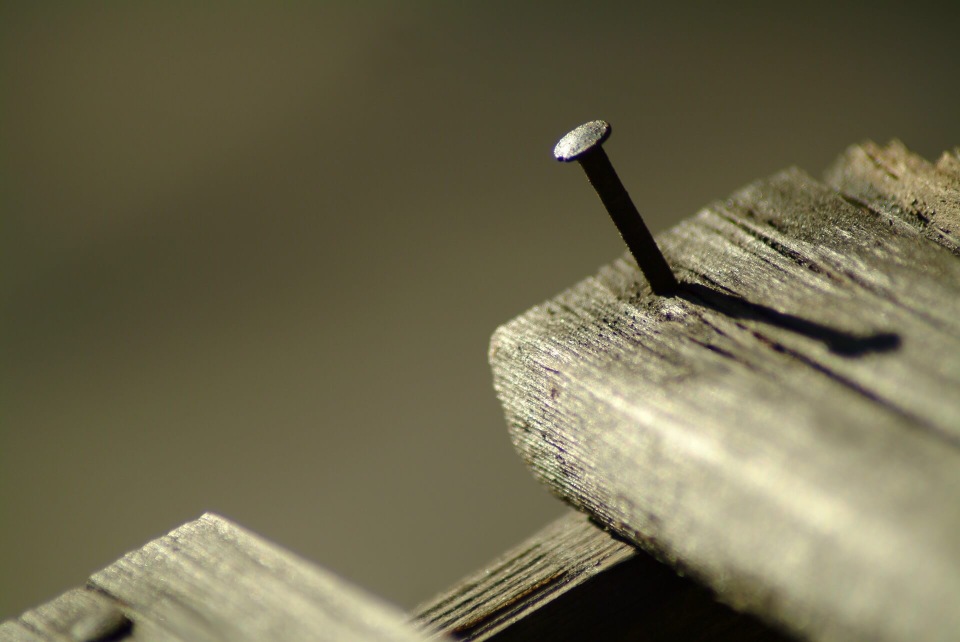 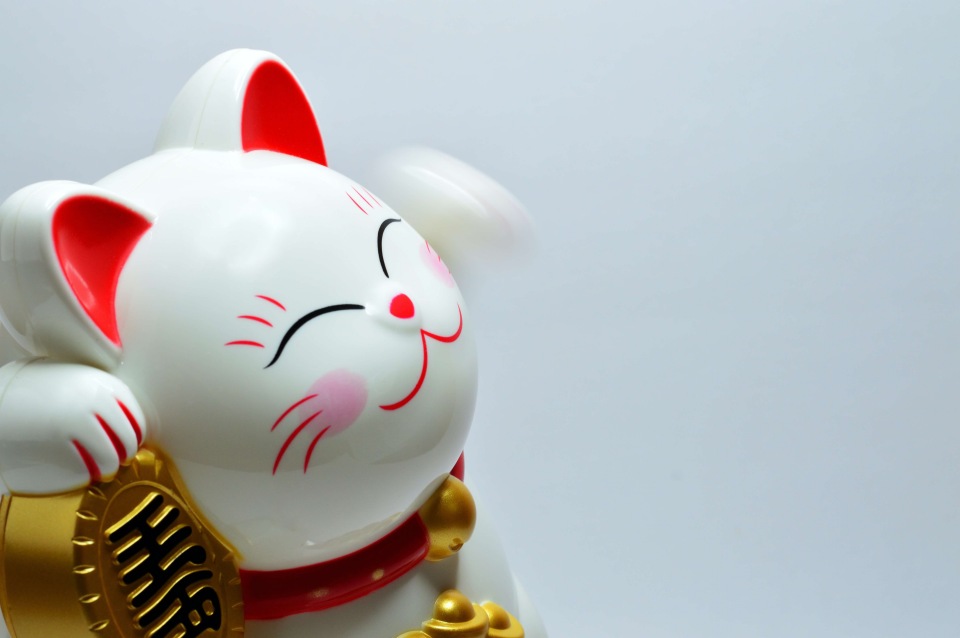 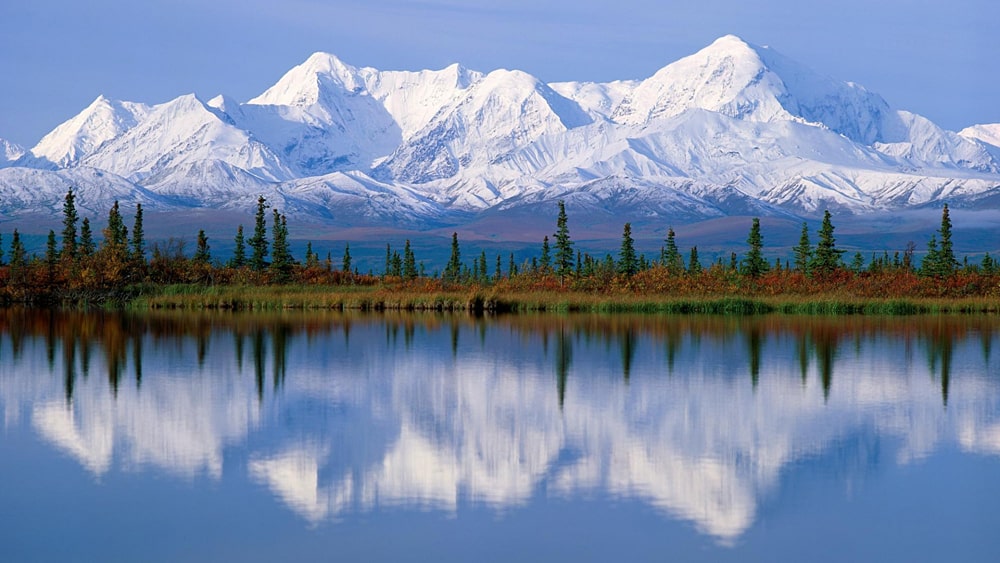 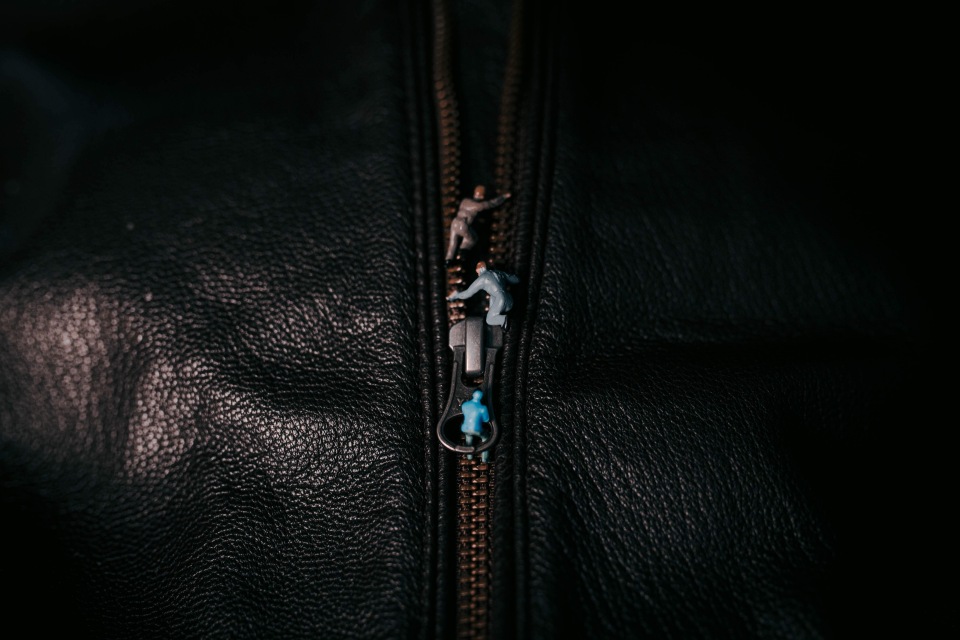