Why people age and how to slow it down: the scientific explanation 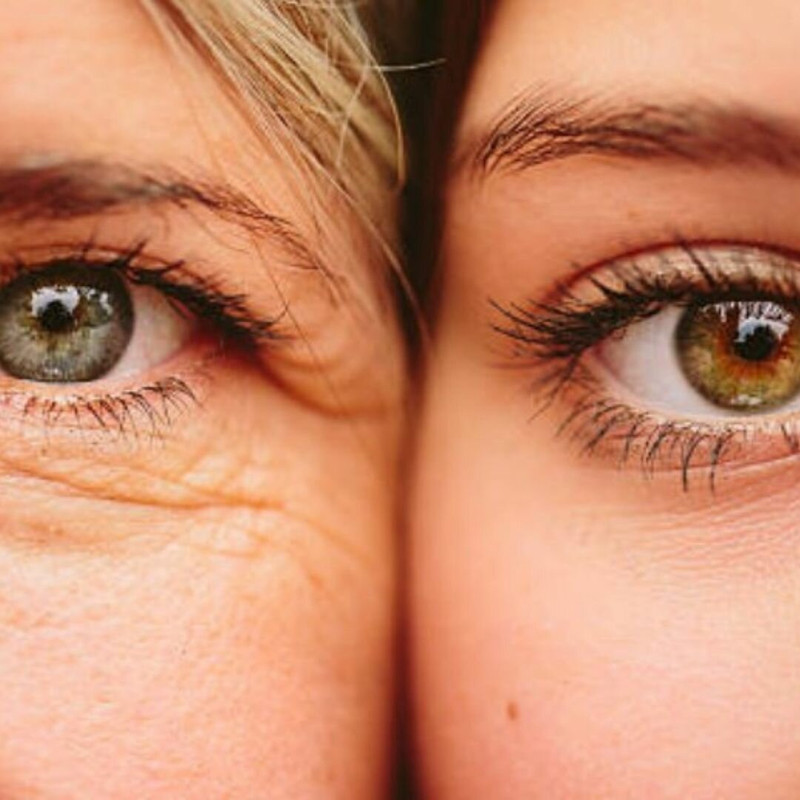 Why do people age? Scientists are increasingly considering whether it is possible to slow down or even reverse aging, an incredibly complex and still poorly understood process to which all humans are subject.

According to the forecasts of the experts of the United Nations World Health Organization, by 2050, there will be over 2.5 billion people over the age of 60 on our planet. That’s why one of the important tasks facing researchers is how to help the elderly maintain their vigor and well-being for years to come.

Why people age: the main reasons?

We age in different ways for many reasons. What affects how a person ages?

Our DNA is a repository of about 20,000 functional genes (“protein-coding DNA”) and millions of additional genetic sequences (“non-coding DNA”), whose function is not yet well understood. They all inform every cell in the body of how to maintain our physical fitness.

Like a thread around a spool, DNA is wrapped around proteins (histones) in the nucleus of each cell, forming chromosomes. Each time a cell divides, the chromosomes are copied in a process called DNA replication, passing the full genetic code to each new cell.

Every chromosome has a protective “cap” of non-coding DNA (called a telomere). Each time a chromosome is “unwound” for copying, the telomeres become slightly shorter.

The shorter the telomeres, the more divisions the cell has undergone and the “older” it is. However, other factors also contribute to telomere shortening, such as severe shock, oxidative stress and inflammation.

When telomeres wear out completely (just as the end of a rope unwinds over time), the DNA is no longer protected from the aggressive intracellular environment. This can lead to errors in the replication process, which cause cells to die and even change their behavior (e.g., contributing to the degeneration into cancer cells), which can threaten the well-being of the entire body.

Another critical process in the body that changes with age. It is a mechanism by which a methyl molecule (a carbon atom surrounded by three hydrogen atoms) attaches itself to the DNA strand and acts as a checkpoint, preventing the use of a particular gene.

This process of “gene silencing” prevents the cell from making all the proteins it needs to function properly, and thus can contribute to age-related diseases such as cancer, osteoarthritis, and dementia.

Then there is DNA oxidation, in which reactive oxygen species (ROS) - chemicals containing highly charged oxygen atoms such as peroxides, superoxides and hydroxyl radicals - damage mitochondria and DNA. This leads to a host of problems often associated with aging, including cancer, insulin resistance, atherosclerosis, and heart disease. 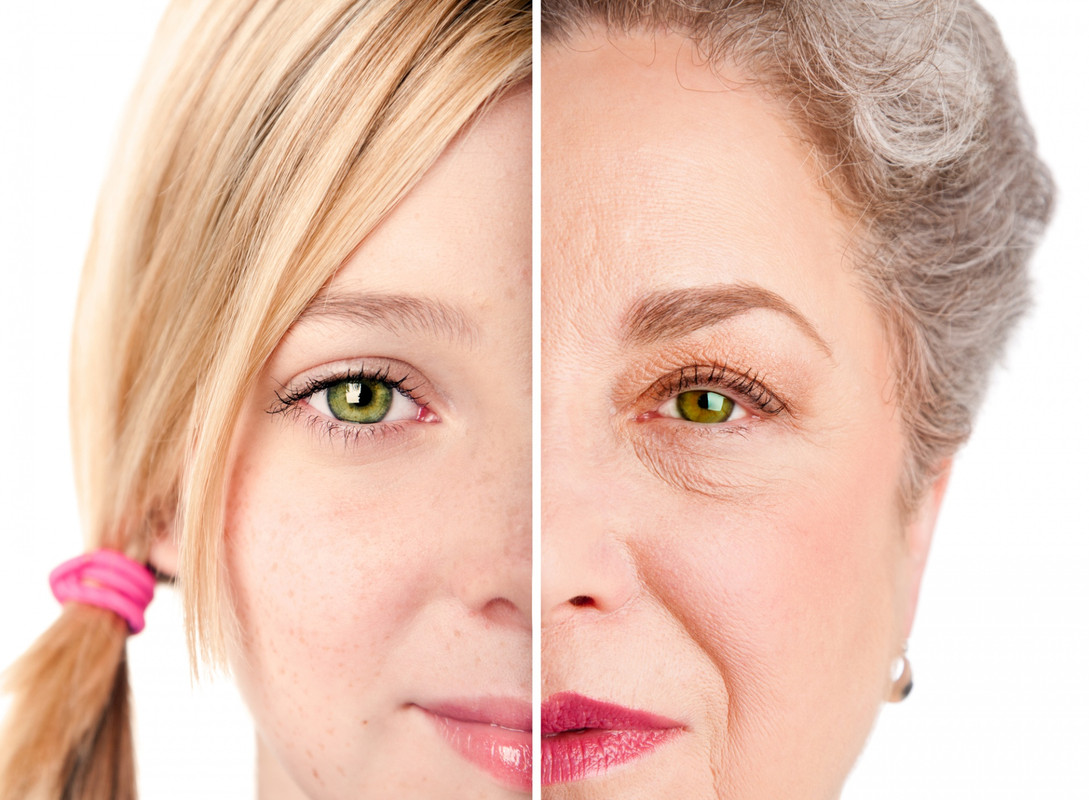 Why do we age? As we age, the creation of stem cells, undifferentiated cells necessary for organ and tissue repair, slows down.

Mitochondria, the tiny power plants in cells that control cellular respiration and produce all the energy the body needs (adenosine triphosphate, or ATP), also become less efficient as we age. However, it is still unclear whether this change in the mitochondria is a cause or a symptom of the aging process.

Scientists suggest that popular drugs, such as statins, antibiotics (paracetamol), ibuprofen and other drugs, may lead to the deterioration of mitochondria.

Production of the sex hormones estrogen, testosterone, and their precursor DHEA (dehydroepiandrosterone) decreases with age; libido diminishes. In addition, there is a decrease in the levels of melatonin in the body, the hormone of the epiphysis, which regulates sleep and wakefulness cycles.

Sleep problems (whether related to decreased melatonin secretion, increased anxiety or a habit of working late) lead to increased stress and release of the stress hormone cortisol, the only hormone production of which does not decrease with age.

Another critical point in the aging process is the production of growth hormone (GH). GH maintains the balance of fat and muscle tissue, is involved in regulating the central nervous system and carbohydrate metabolism, supports the structure and function of the heart, etc.

But with age, as well as with acute stress and exposure to adverse environmental factors, the level of CH decreases.

These are various external stimuli that can affect the physiological systems of the body.

For example, gerontogens include industrial pollutants, toxic chemicals in soil and food, ultraviolet radiation, processed foods, alcohol, some medications and even childhood trauma.

In fact, only 20-25% of the variation in human longevity is because of genetic factors, the rest 20% depends on a clean environment, 5% on the level of health care, and 50-55% on lifestyle and nutrition, internal disposition, regular check-up habits, and medical awareness.

Studies show that the aging process is most likely triggered by multiple factors simultaneously. None of them on their own is important unless combined with another.

The good news, however, is that life expectancy can be significantly increased by reducing or eliminating at least one of these causes.

Anti-aging drugs, but with a side effect 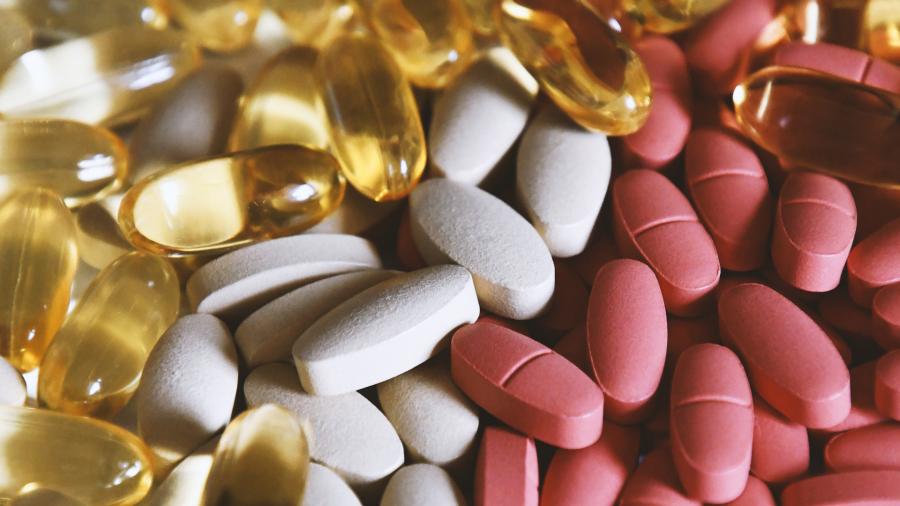 If you are not a fan of long stories, then move on to the next point.

Western medicine has been trying to slow or reverse the aging process for centuries, but the solutions found were not very effective.

Unfortunately, even though scientists recognize that it’s still unclear whether declining hormone levels are part of healthy aging, MHT and the use of hormone supplements have become a major strategy to combat aging skin, decreased sexual function, reduced bone mass and other and problems faced by elegant-aged women.

Still, studies show that MHT has serious side effects. For example, in 2002, the Women’s Health Initiative (WHI) published a scientific paper stating that OST with estrogen and progestogen increased the risk of strokes, dementia and breast cancer in postmenopausal women.

Since then, the likelihood of developing breast cancer with MHT, as well as some other forms of cancer, has been confirmed in several additional studies involving tens of thousands of more women. However, the FDA still recommends MHT for vaginal dryness, hot flashes and to prevent osteoporosis during menopause.

The so-called bioidentical hormone therapy has emerged as an alternative to the synthetic hormones of HRT. Its proponents claim these hormones are better than OST because they have the same chemical composition as the hormones that are naturally produced in the human body.

But large, long-term trials are needed to say for sure whether this is true. So far, there is no reason to assume that bioidentical hormones are safer than MHT just because their chemical structure is modified.

It’s not just women who are at risk, though. Testosterone supplements are rapidly gaining popularity among older men. They are positioned as a remedy for the symptoms of low testosterone levels, such as fatigue and decreased sex drive. But the long-term safety and effectiveness of such a treatment has not yet been proven.

For example, a trial involving 60 elderly men with low testosterone levels showed that hormone replacement was effective against loss of muscle mass and bone mineral density, as well as for improvement of cognitive functions, but such therapy may have a negative effect on the prostate and lead to problems with urination.

Another study noted that testosterone replacement speeds up the growth of plaque in the arteries, which increases the risk of heart attack. Not all scientists agree the benefits outweigh the potential risks.

Undoubtedly, the level of GH decreases dramatically with age. However, some observe in experiments with mice that growth hormone deficiency does not shorten lifespan;GH supplementation speeds up aging in the long run. The evidence shows that the process of age-related GH reduction is much more complex than a simple “deficiency” requiring replacement therapy.

Given the pros and cons of pharmaceutical interventions foraging, we simply do not yet know enough about the intricacies of how the human body functions or why and how it ages for medicine to find the “source of youth” soon.

However, there is scientific evidence that there are many natural solutions to age-related problems for those who do not want to take pills and synthetic hormones.

How not to age: simple rules for a long life 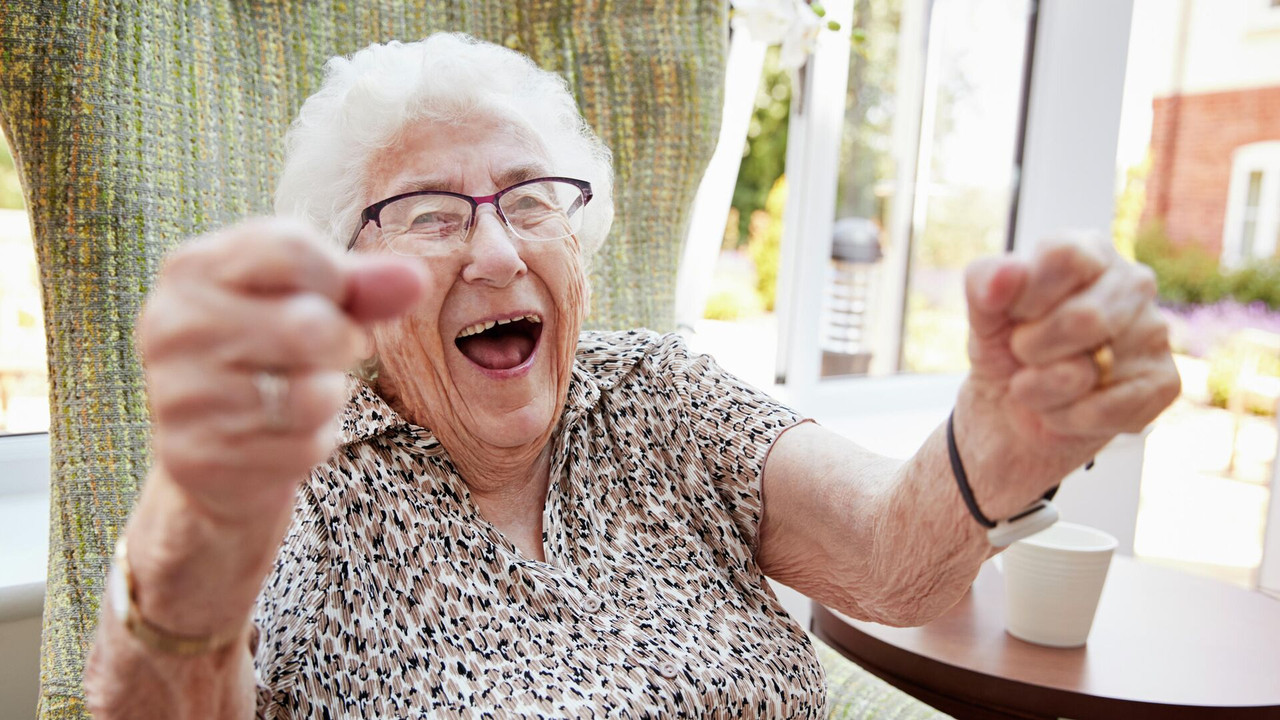 If how long a person will live depends on the environment and lifestyle, it is logical to pay attention to these factors first.

Not so long ago, scientists conducted a study: for 5 years they watched 10 volunteers who changed their lifestyle:

Over the course of the experiment, these people increased telomere length by an average of 10%. And the more carefully they adhered to the alternative lifestyle, the better the results were.

In December 2016, an article appeared in the journal Cell that caught the attention of the scientific community. It described a study in which scientists managed to “rejuvenate” aging mouse and human cells by reprogramming them with so-called Yamanaka factors, proteins that normally help duplicate DNA information but also can turn “adult” cells into stem cells, slowing aging and increasing mouse longevity.

This cellular reprogramming also improved the regenerative capacity of the pancreas and muscle tissue in rodents. Perhaps this discovery can help slow DNA damage and epigenetic changes (the rate at which genes are turned into proteins by the environment), which are some of the major causes of aging.

More and more experts in evidence-based and alternative medicine believe that lifestyle plays an essential role in longevity.

Functional Medicine Practitioner Phil Meyers from Missouri (USA) believes that an anti-aging program must include a physical exam (to get a complete picture of the patient’s health) and a proper diet. In principle, it does not require much effort.

Dr. Meyers advice giving up or at least minimize consumption of sugar, refined foods, artificial sweeteners and other harmful substances. He also recommends getting rid of mercury fillings on teeth (if any). Also, remember that smoking and alcohol are life-shortening and should be eliminated from your life.

A Healthy Lifestyle is Better Than Any Pills

“I worked as an evidence-based medicine physician for 25 years. To solve a problem, I usually just prescribed this or that medication,” she says. - But lifestyle changes are in most cases more effective than any pill or technology to maintain cognitive function and good health for years to come."

Dr. Silvester conducts an initial consultation with the patient, determines a plan for a laboratory exam, examines possible stressors that may impair the person’s well-being, and analyzes the person’s eating habits and sleep patterns.

“It’s not uncommon to find diseases associated with inflammation or elevated blood glucose levels,” she explains. - In addition, modern people are often stressed or have trouble sleeping, and this also brings us closer to premature aging to some extent."

On our website, you can also learn how to get rid of insomnia and how to relieve stress. Very interesting and informative.

Instead of a conclusion.

Both Silvester and Meyers believe that the biggest barriers to visible results are patients’ own unwillingness to change and time. People usually want results in the shortest amount of time by making a few minor changes in their usual lifestyle.

“Patients often think, ‘I’ll give up hot dogs, candy bars, and refined sugar for a week and see what happens,’” Meyers says. - But that approach doesn’t work. It’ll take three, six, or nine months, or maybe more, to reboot your body. It just takes the will! 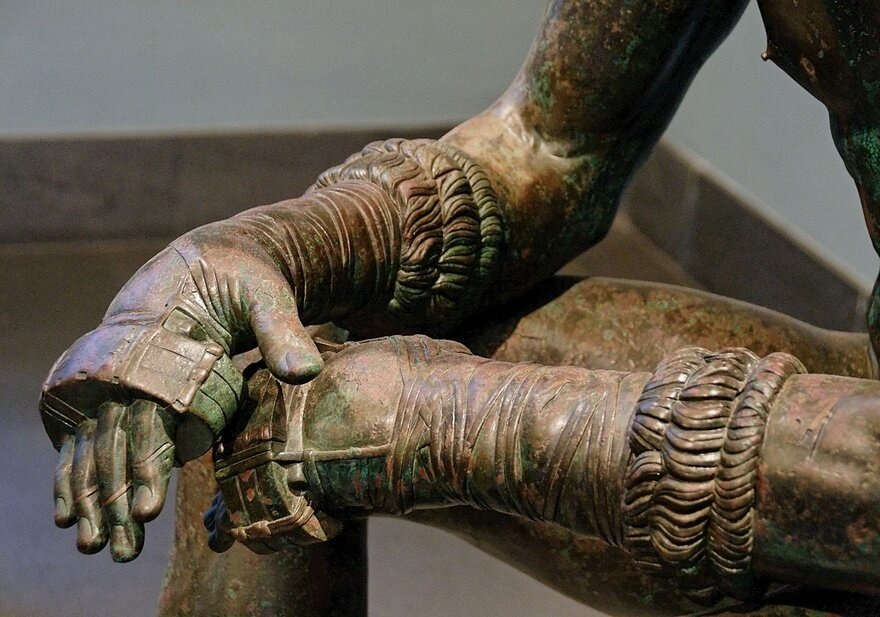 How a dead athlete won the Olympics 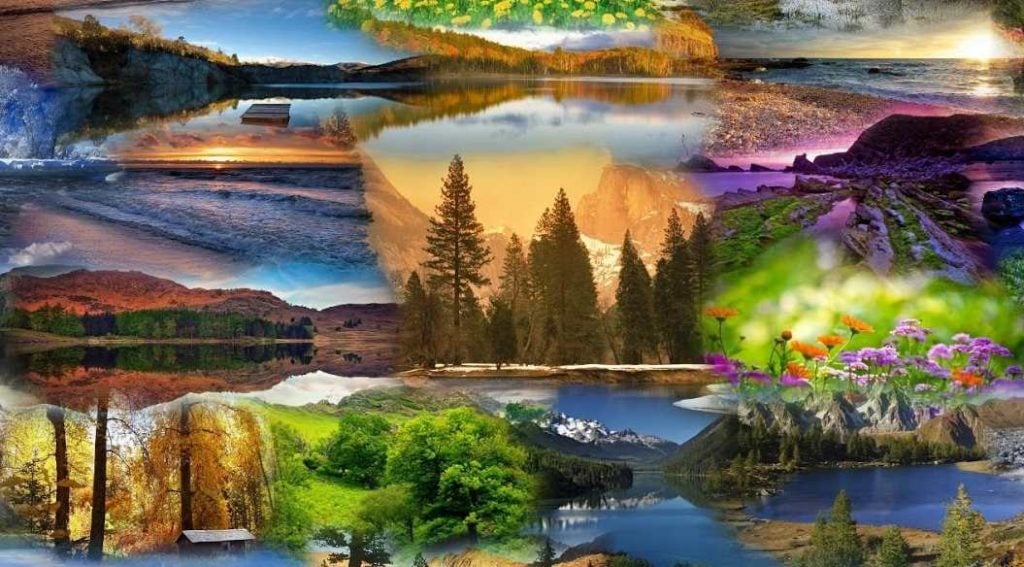 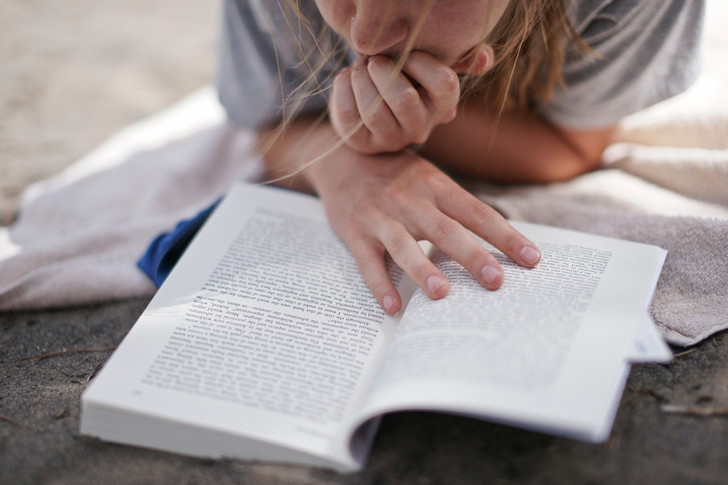 15 Fun Facts to Start Your Day Off Right 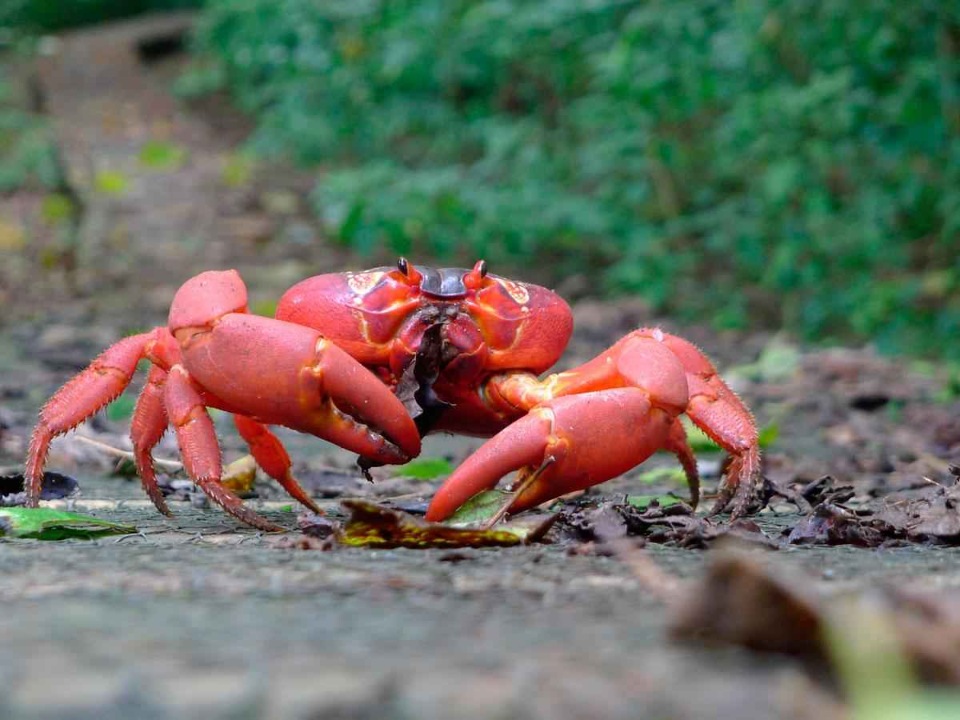